Zum Inhalt springen
German elections
Recent polls reveal the likelihood of a three-way coalition as no party is expected to emerge with an absolute majority from the upcoming general elections. 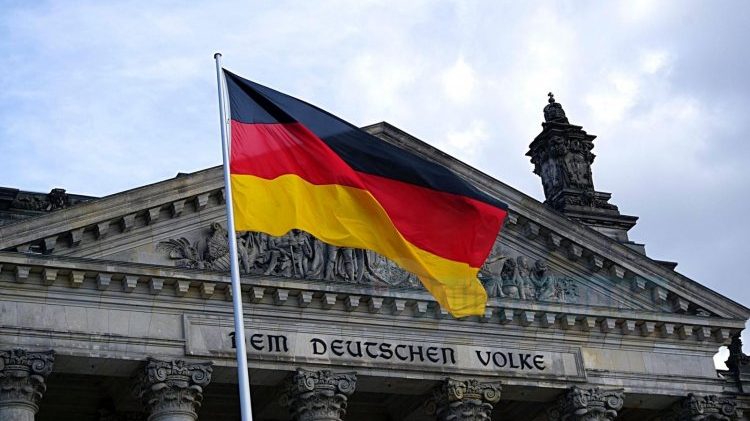 As Germany’s national elections are slated for September 26, the centre-left Social Democrats (SPD) will likely be in charge of running Europe’s biggest economy for the first time in 15 years by toppling Merkel’s CDU/CSU bloc, a recent poll suggests.

This year’s coalition-building process can break new ground for Germany since SPD’s chancellor candidate Olaf Scholz requires a third party to have a solid majority in the parliament.

INSA poll displays the tight competition among the parties while the SPD distancing itself from others with 26 per cent support, followed by conservatives with 20.5 per cent and the Greens on 15.5 per cent. The pro-business party Free Democrats (FDP) are on 12.5 per cent and far-left Linke on 6.5 per cent.

‚Polls and recent research show that Merkel’s CDU has lost grounds and its candidate Laschet lost sympathy, while the Greens have gained a lot of votes. But we should bear in mind the very high percentage of hesitant people.‘  said Asiye Bilgin Yıldız, EU expert, indicating the Greens and FDP will play a key role.

While the negotiations between the parties for a three-way coalition continues, the election process displays the possible scenarios for the upcoming government.

An SPD-led Coalition with Greens and FDP,  Scholz as chancellor

On Wednesday, Scholz told a Berlin-based newspaper that he is keen on the idea of governing with the Greens.

SPD and Greens both have the same policy visions in terms of increasing the national minimum wage, raising taxes on the rich and expediting the shift towards renewable energy.  They follow the same looser budget policy, both at the domestic and European levels. Scholz beholds the EU’s Covid-19 recovery fund as leverage for the shared debt mechanism of the bloc.

The FDP has contradictions with these two parties by supporting a more strict budget policy and being against higher spending and increased borrowing.

„FDP is close to the CDU-line, “ said Bilgin Yıldız, adding that it would be a big surprise if the FDP partners with the SPD and the Greens.

But recently, FDP’s chairman Christian Lindner has been critical of Merkel’s ‚Grand Coalition‘ with Social Democrats.

The party started to follow a more middle path and did not entirely exclude a three-way alliance with SDP and Greens from the table.

According to Bilgin Yıldız, this is a strategic move while adding that ‚FDP leaves both doors open. The party will stand by whoever comes out stronger in the elections. This is either CDU or SPD.‘

Left-wing alliance: the SPD-Greens and Linke

On Monday, the far-left Linke party has announced that they can see themselves as allied partners of the SPD and Greens while indicating they give the best chance for these two parties to impose their campaign pledges.

„If the SPD wins the elections, it will prefer the leftist parties for a coalition rather than the Christian democrats since they can implement their own policies more,“ said Bilgin Yıldız, emphasizing that centre-right policies come to the fore when the CDU and SPD come up together.

This coalition seems unlikely as the Social Democrats are not willing to enter another grand coalition with the conservatives.

„Some sections are frustrated with grand coalition,“ said Bilgin Yıldız, mentioning the increasing support for leftist and environmentalist policies.  The SPD may want to respond to this demand by siding with left parties instead of conservatives if they win.

„A lot can change in 3 weeks, let’s not forget that. The recent poll results may not be decisive. It is still too early to come up with a conclusion“